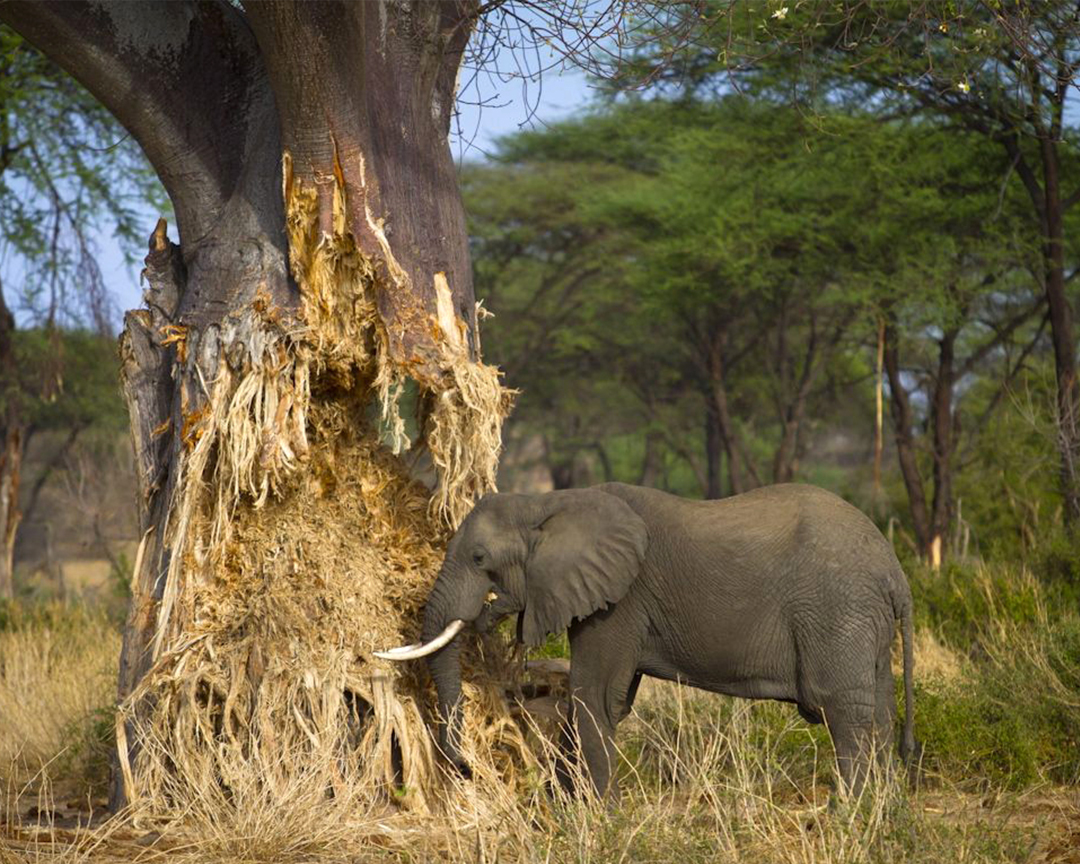 Tarangire National Park has some of the highest population density of elephants as compared to anywhere in Tanzania, and its sparse vegetation, strewn with baobab and acacia trees, makes it a beautiful and distinctive location to visit.
Located just a few hours drive from the town of Arusha, Tarangire is a popular stop for people travelling through the northern safari circuit on their way to Ngorongoro and the Serengeti. The park extends into two game controlled areas and the wildlife is allowed to move freely throughout.

Tarangire’s claim to fame is its large elephant population – the largest in Tanzania. During the dry season, herds of up to 300 elephants can be seen digging in the apparently dry riverbed of the Tarangire River looking for underground streams.

Even during the wet season when other inhabitants of the park are able to scatter out across the entirety of the park’s 20,000 square kilometres, elephants remain a common sight thanks to their large numbers.